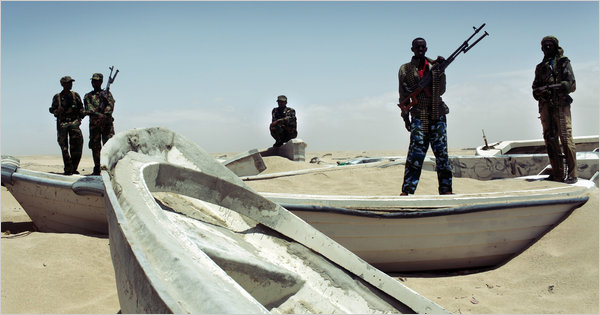 With the Shabab militant group sweeping across Somalia and the American-backed central government teetering on life support, Mr. Noor stood on a beach flanked by dozens of pirate gunmen, two hijacked ships over his shoulder, and announced, “From now on we’ll be working together.”
He hugged several well-known pirate bosses and called them “brother” and later explained that while he saw the pirates as criminals and eventually wanted to rehabilitate them, right now the Shabab were a much graver threat.
“Squished between the two, we have to become friends with the pirates,” Mr. Noor said. “Actually, this is a great opportunity.”