Cost of Treating Veterans Will Rise Long Past Wars 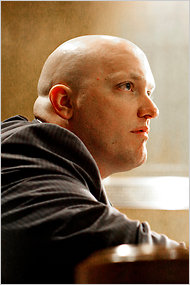 WASHINGTON — Though the withdrawal of American military forces from Iraq and Afghanistan will save the nation billions of dollars a year, another cost of war is projected to continue rising for decades to come: caring for the veterans

By one measure, the cost of health care and disability compensation for veterans from those conflicts and all previous American wars ranks among the largest for the federal government — less than the military, Social Security and health care programs including Medicare, but nearly the same as paying interest on the national debt, the Treasury Department says.

Ending the current wars will not lower those veterans costs; indeed, they will rise ever more steeply for decades to come as the population of veterans from Iraq and Afghanistan expands, ages and becomes more infirm. To date, more than 2.2 million troops have served in those wars.

Studies show that the peak years for government health care and disability compensation costs for veterans from past wars came 30 to 40 years after those wars ended. For Vietnam, that peak has not been reached.

In Washington, the partisan stalemate over cutting federal spending is now raising alarms among veterans groups and some lawmakers that the seemingly inexorable costs of veterans benefits will spur a backlash against those programs.

Though there is currently strong bipartisan support for veterans programs, some budget proposals, including from Senator Tom Coburn, Republican of Oklahoma, and Representative Michele Bachmann, Republican of Minnesota, have called for trimming benefits for veterans and military retirees.

“Those proposals have been batted back so far,” said David Autry of the Disabled American Veterans. “But we’ve got more vigorous budget hawks today. If they are willing to bring the nation to the brink of insolvency, who knows what else they might do?”

Even if cuts to veterans programs do not occur, the current mood of budgetary constraint seems likely to force the Department of Veterans Affairs to make do without the large spending increases it has received from Congress in the recent past.

“No one is thinking about the lifetime costs this country is responsible for,” said Senator Patty Murray, a Washington Democrat who is chairwoman of the Senate Veterans’ Affairs Committee. “I’m really worried.”

In a hearing before the panel on Wednesday, Heidi Golding, an analyst with the Congressional Budget Office, testified that the annual cost of caring for veterans from the Iraq and Afghanistan wars would nearly triple or more in the next decade, rising to $5.5 billion to $8.4 billion in 2020, from $1.9 billion in 2010.

In that hearing, Paul Rieckhoff, executive director of Iraq and Afghanistan Veterans of America, also raised concerns that veterans’ disability checks might not be paid if Congress fails to raise the debt limit next week.

With an annual budget of more than $125 billion, the Department of Veterans Affairs runs a nationwide health care system that cares for more than eight million people who have left military service, of which about 700,000 are from the current wars. The agency also administers disability compensation for millions of veterans wounded in service.

Estimating the long-term costs of those programs is a complex, contentious art, and no one inside the government does it beyond 10 years. But independent and government experts agree that for a variety of reasons the costs are just about certain to continue rising, even though large numbers of World War II and Korean War veterans are dying.

The reasons have much to do with improvements in battlefield medicine and equipment. More troops today are surviving injuries — 90 percent, up from 86 percent in Vietnam, according to the Congressional Budget Office. But that also means that more troops are coming home with complex and severe wounds.

Moreover, nearly one in five service members returning from deployment are thought to have symptoms of post-traumatic stress or major depression, according to a study by the RAND Corporation. A similar number are thought to have sustained traumatic brain injury. Though not all seek help, a significant percentage are expected to receive care from the veterans system, in part because of efforts to reduce the stigma of mental healthproblems in the military.

Further adding to strains on the department, more young veterans have been seeking care from the system than had been anticipated, possibly because they do not have privatehealth insurance. Outreach efforts by the veterans department and veterans groups may have also increased enrollment, experts say.

Linda Bilmes, a Harvard academic who has done extensive research on the impact of the wars, said all those factors together suggested that “the actual cost over 30, 40 or 50 years will be even higher than we projected.”

“And with life expectancy getting longer,” she said, “the cost will probably peak later than in past wars.”

Ms. Bilmes, a senior lecturer in public finance at the Kennedy School of Government, has estimated that the total cost of health care and disability compensation to veterans of the current wars will be nearly $1 trillion over the next 40 years.

Some academics and government officials say her projections are too high. But there is broad agreement on her larger point, that the costs will keep going up for decades to come.

“Because we have saved more peoples’ lives,” said Gordon Adams, a senior budget official in the Clinton administration, “we’re going to be paying that bill for some time to come.”

Mr. Adams, a professor of international relations at American University, said he considered it highly unlikely that Congress would ever cut veterans benefits. But Ms. Bilmes disagrees.

“I think when times are tough, there are no sacred cows,” she said. “There was a time when it would be unthinkable that we would be talking about cutting pensions for teachers, firemen and policemen. Yet all over the country that’s what we’re looking at today.”

A version of this article appeared in print on July 28, 2011, on page A13 of the New York edition with the headline: A New Chapter in Providing Care for Those Who Serve: Cost of Treating Veterans Will Rise Long Past Wars.